Today, Memorial Day, is a day when we are asked to remember those who died while serving in the armed forces. Knowing this, I am compelled to think about my high school buddy, Bruce Kline, who was shot down while piloting a helicopter in Vietnam. When I visited the great black granite wall that is the Vietnam Memorial in Washington, D.C., I found Bruce’s engraved name and, I must admit, I couldn’t hold back the tears. He was a good guy and he deserved to have a good, long life.

While I’m in a confessional frame of mind, I might as well admit that I also lost my composure recently while I was speaking to a Rollins class about my days as an anti-Vietnam War protestor. In that discussion, I referred to Bill, a friend whom I met in 2004 when I traveled to Vietnam. Bill was a marine during the war and told me about the time when he tripped a booby trap wire while on patrol. The explosion permanently damaged Bill’s foot and killed his buddy who was walking behind him. Bill was crushed. He had felt that his life had, in a way, lacked purpose. But his buddy, for whose death he felt responsible, had been a good man with a wife and family and a promising future. Bill genuinely wished that the explosion had killed him instead of his friend. He visited Vietnam multiple times on trips that offered therapeutic advice for veterans. Survivor’s guilt continued to haunt him.

That story so touches me that every time I think about it, I have to fight back the tears, and I actually lost that fight during my talk with the Rollins students. So, right then and there, out the window went my tough, macho image.

People who know me well are aware that I was very much against the Vietnam War and, in fact, I was discharged from the Navy in 1967 when I made it clear to my superior officers that my anti-war sentiments were so intense that I would be nothing but trouble in the service.

But my anger at our government for dragging us into unjustified wars on the basis of duplicitous fear-mongering does not mean that I don’t feel for those men and women who put their lives on the line when called to do so. So, here’s to you, Bruce and Bill and Bill’s friend - even though I never knew you. I admire all of you for your courage and discipline.

The same goes, of course, for those who served in World War II, a justified war if there ever was one. This includes Dad, who served stateside as a pilot in the Army Air Force, and his younger brother John, who was wounded while fighting the Nazis in France. Dad’s older brother Phil was in the merchant marine, which was not technically military service, but just as vital to the war effort and just as dangerous.

So yes, I have strong pacifist impulses, but I can’t help but honor those who willingly put life and limb at risk during wartime. However, I also have concerns about the way we sometimes think about war. This thinking is all too often focused on the word “warrior,” a word toward which I feel an acute wariness. There is an implication in this word which suggests glory in battle but, from the accounts of many veterans, I have concluded that whatever glory is to be found in the maelstrom of killing and dying inherent to combat, glory is a rare and fleeting thing.

Rather than warriors, I see people like Dad and the other veterans as citizen soldiers, people who have set aside their civilian lives to take part in a national effort that tragically brings death and destruction to multitudes. My image of the ideal soldier is not that of a bold and glorious warrior, but rather that suggested by cartoonist Bill Mauldin’s characters Willie and Joe. 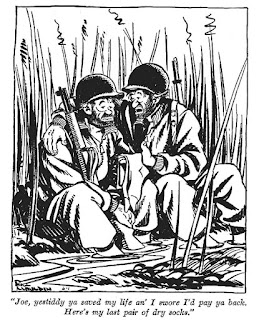 In addition to Bill Mauldin’s wonderful World War II cartoons, there is a movie that for me captures the ideal of the citizen combatant: The Story of G.I. Joe. This film comes from the writings of the war correspondent Ernie Pyle, who was renowned for his ability to capture the essence of ordinary men and women in theaters of war. Ernie, by the way, was tragically killed during combat in the Pacific.

The Story of G.I. Joe was based on real incidents. It stars Robert Mitchum and brings to life vivid images of ordinary men asked to do extraordinary things. We come to feel for these men as they pursue their quest, the central one of which is to not get killed as they do their duty. But some of them do die in the process, and when they do, it is not as glorious warriors, but rather as brave and decent human beings doing something they deeply wish they didn’t have to do in order that we all might live better lives.

So again, here’s to you, men and women, living and dead, who have served with courage during wartime. Please understand that my reluctance to use the word “warrior” is in no way meant to disparage what you do and what you have done as you serve in defense of our Democracy. 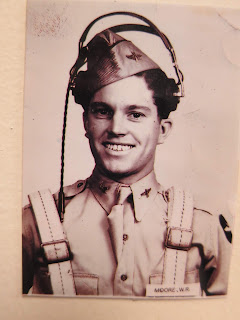 
I want to talk to you about some of your recent comments. Yeah, you know what I’m talking about. The ones where you said that 400 years of slavery were a choice for African Americans. Naturally, I disagree. I don’t believe that being violently seized by armed men, locked up in chains, thrown into a cargo hold, and hauled off to a faraway continent to live in eternal subjugation was a choice.


Now you may say, “Why should I listen to some small-town Florida cracker spouting off about the African-American experience?” Okay, I'll give you that. But I don’t want to talk about race so much as about education, and that’s something I can talk about. In fact, it’s something I hardly ever shut up about. Just ask my students.


Just to keep things light for a moment, let me quote The Daily Show’s Trevor Noah, who said that slavery is not a choice, but “going blond is a choice. Both are terrible, but one is easier to undo.” Word.


What I’ve learned about you over the past couple of days, Kanye, is that your mother was an English professor but that you gave up on your college education for the sake of your music. Now that is not a sin, especially if you happen to have musical talent and I do hear good things about your music.


But here’s the sin: making dangerously provocative statements about American history when you don’t know a damn thing about it. Which you apparently don’t.


Now, if you insist on talking about our history and the enslavement experience, I won’t say it’s necessary for you to go back to Chicago State University to finish your bachelor’s degree. But what I would recommend is that if you don’t get an education at the hands of professionals, you at least learn to distinguish good sources from bad. I say this because your comment about slavery being a choice makes me think you formed your opinion about slave society by watching Gone with the Wind.


But Gone with the Wind was bullshit. In nineteenth-century Georgia, you weren’t likely to find lots of warm-hearted bondswomen treating their white overlords with affectionate devotion while helping them into their plantation finery. What you found was a society fraught with tension and fear. 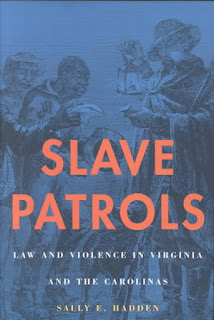 Professor Hadden describes a society full of fear and tension on both sides of the color line, with white society organizing armed militias to patrol the streets and highways of the old South to round up, intimidate and keep at bay any African Americans who might be found away from their work duties. In addition to the well-known tactics of terrorism and torture regularly used to control the enslaved, another key element was control of information. Enslaved southerners were generally prohibited from getting an education (!), and abolitionist tracts, like David Walker’s 1829 essay, An Appeal to the Coloured Citizens of the World, were ruthlessly suppressed. 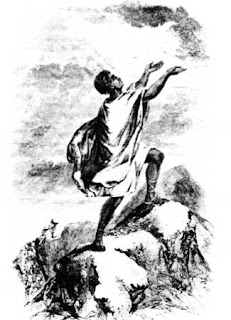 An Appeal to the Coloured Citizens of the World 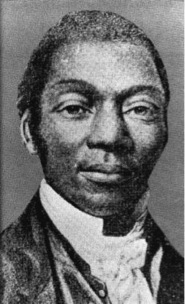 I’m guessing the plantation owners labeled Mr. Walker’s Appeal a kind of “fake news” as they suppressed it.


My point is that southern society was tense and explosive, as it had to be, as one people used its power, knowledge and access to weaponry to suppress another. Of course, there were those occasions when enslaved citizens made a different “choice” and rose up in rebellion, slaughtering their white enemies wherever they found them. But given the power advantage of the whites, these never completely succeeded. Success, as you probably know, required a massive, violent, four-year military campaign spearheaded by hundreds of thousands of disciplined and well-armed Yankee soldiers.


Abraham Lincoln, General Ulysses S. Grant, and their countrymen had the wherewithal to “choose” the anti-slavery option. But such a choice was beyond the reach of the average plantation worker.


Now, my Dear Brother, I know you meant no harm. But, as others have pointed out, your words are bound to be used by hidebound bigots for the next decade or so to justify racist stereotyping and discrimination in every corner of our troubled society. So, my recommendation to you, Sir, is to take a look at some solid historical sources and rethink your views about America in the days of the old South. Then, use your celebrity to get the word out – as long as your word is well-informed by reliable sources.


I’ll will bring my thoughts to a close here with a quote I saw on a protester’s sign at last year’s March for Science demonstration:
“Ignorance is Dumb.”