We Could Have Been History

I’ve heard it said that “History is just one damn thing after another,” but I would hasten to argue that reading history is anything but a waste of time. A history book can actually change history itself. I’ve been thinking about this lately because, in light of the upcoming 50-year anniversary of the Cuban Missile Crisis, I’ve been once more struck by the important part Barbara Tuchman’s The Guns of August played in that confrontation.

Tuchman’s book came out in January 1962, and reading it left a powerful impression on President John F. Kennedy. According to Kennedy biographer, Robert Dallek, because of the Tuchman book, JFK decided to install a taping system in the Cabinet Room and other key places in the White House in order to establish a permanent record of what he and those he conferred with said during their meetings.

Only a few insiders knew of the taping system. This practice of secretly taping White House meetings was continued by both Lyndon Johnson and Richard Nixon. Didn’t work out so well for the latter.

But back to Tuchman. Her book describes the origin of World War I and the failure of leadership by the monarchs and ministers who dragged the world into that catastrophe. They didn’t seem to know what they were doing even as they did it.

A conversation that particularly grabbed JFK’s attention was this one between two German leaders shortly after the war had begun: “How did it all happen?” one asked. “Ah,” the other replied, “if only one knew.” 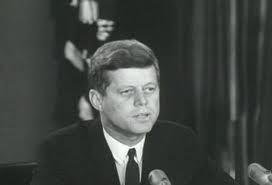 President Kennedy Tells tells the Nation of the Confrontation over Soviet Missiles in Cuba - October 22, 1962


Kennedy had as his highest priority the avoidance of nuclear war. He especially wanted to make sure that he and Nikita Khrushchev, his Soviet counterpart, wouldn’t clumsily provoke a nuclear holocaust and then have survivors say, “Ah, if only one knew how this all happened.”

In fact, this ultimate disaster came all too close to happening later in 1962. That autumn the U.S.S.R. began to secretly place nuclear missiles in Cuba with an eye to intimidating or otherwise manipulating the U.S. When, on October 15, American reconnaissance flights revealed the presence of the missiles, JFK formed an Executive Committee whose goal was to force the Russians to remove their missiles without provoking a nuclear showdown. From the beginning it appeared the American effort might well fail, and the missiles could start flying – though this was not evident to many of us. 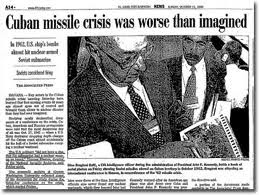 As a naïve and somewhat jingoistic 15-year-old, I reacted with excitement and anticipation as the crisis unfolded. At one point my sister, who lived in Palm Beach, described over the phone convoys of tanks rolling southward on A1A. My reaction to this: Neat-O! Real tanks! Right here in Florida!

I’m not sure I actually wanted the shooting to start, but I felt that should war break out, we would kick Castro’s commie butt in short order.

Here’s the kicker: even nuttier than I were some of the generals on the Joint Chiefs of Staff. The White House tapes reveal that several of them wanted to start bombing the Soviet missile complexes immediately. General Earle Wheeler argued forcefully that the Russians in Cuba should be bombed and the entire island nation blockaded and invaded.

Wheeler: “…from the military point of view, I feel that the lowest risk…is the full gamut of military action by us. That’s it.”*

When President Kennedy declined to invade, but set up a blockade to pressure the Soviets into removing the missiles, General Curtis LeMay reacted with visible contempt: “This is almost as bad as the appeasement at Munich…I just don’t see any other solution except direct military intervention, right now.”

At the end point of the crisis, after Khrushchev agreed to remove the missiles, General LeMay continued to argue for an attack on the Russians. He called the peaceful agreement with the Soviets “the greatest defeat in our history,” and, banging his fist on the table for emphasis, demanded, “We should invade today!”

At one point, when Kennedy was not in the Cabinet Room, the tapes recorded LeMay describing the president as having “chickened out again.”

As Kennedy was trying to manage the blockade while holding the military leaders in check, he once more referred to The Guns of August, saying that he wished he could get a copy of the book “to every Navy officer on every Navy ship right now.” 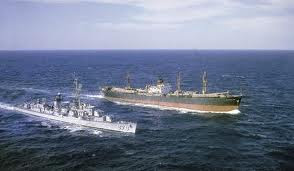 
Since I am happy that the world was not incinerated in a nuclear firestorm that October, I’d like take this opportunity to express my gratitude to President Kennedy and to Premier Khrushchev for their courage and his wisdom. And for that portion of Kennedy’s wisdom that came from The Guns of August, I’d like to thank the historian, Barbara Tuchman. Because of the good work of these leaders and this author in 1962, all of us who live today, 50 years later, have the pleasure of continuing to deal with “one damn thing after another.” 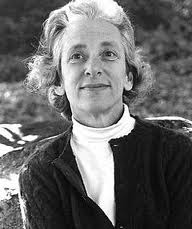