English has become the world’s lingua franca, but this doesn’t mean that English speakers in places like Liverpool and Los Angeles have the last word on how the language is used.  A lot of non-native speakers use the vocabulary of English in seemingly haphazard ways, at least this is the impression I’ve been getting as I look at t-shirts during my travels.

It may be that the writing I’ve seen on t-shirts in places like Hong Kong, Beijing and Istanbul carries a meaning too subtle for me to grasp.  Or, it may be that the manufacturers of these t-shirts are just tossing together English words and phrases just because they are English, with no regard for their meaning.  For a long time English has been considered “cool” in many parts of the world, just as Chinese characters are coming to be seen as cool in the West today, and so t-shirt manufacturers and wearers may simply be tapping into English because of the cool factor.

I first noticed this widespread use of arbitrary English phraseology when I lived in Hong Kong in 1974.  One popular t-shirt design of that era carried two English phrases.  On the left shoulder was  “Sunshine on My Shoulder,” and in the center was emblazoned “A Safe Home is a Happy Home.”

I have no objection to either of these sentiments, but it struck me as odd to see them thrown together in the form of a dual t-shirt message.

When I lived in Qingdao in 1993 I began to suspect that some of the t-shirt designers were being ironically subversive when I saw several young men wearing shirts with silhouettes of soccer and basketball players, underwritten with the phrase “Boys and Their Balls.”

But I eventually concluded that the double entendre was entirely unintentional.

I would have thought that by now, given the many millions of Chinese who have thoroughly mastered English, that t-shirt phrases in China would begin to make sense in a way that native English speakers could appreciate.  But no.  It is still the case that a good deal of the English of Chinese t-shirts gives the impression that their authors are contriving meaning for their own purposes without regard for the bafflement their phrases engender in native English speakers.  And the wearers of these t-shirts don’t seem concerned with their meanings either.  This was certainly the case of this young man, whom I saw and photographed in the Chongqing Railroad station. 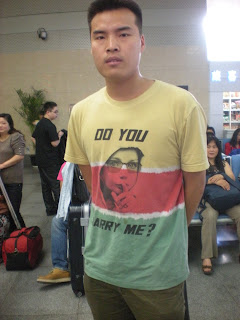 When I asked him what he meant by the message on his t-shirt, he told me he didn’t know what it said.

Here’s another one, this one bilingual: 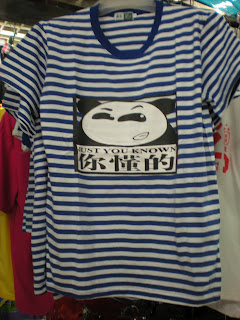 The English says "Just You Known."

The Mandarin means something like “That which you understand”

Another one (Incomprehensible even when all the words are visible): 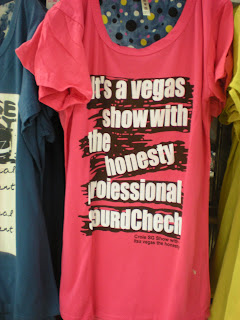 A few t-shirts did make a kind of recognizable sense, for example: 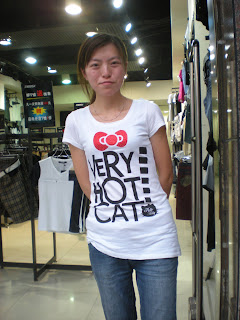 Though they didn’t always say things that a Westerner would expect to see on a t-shirt: 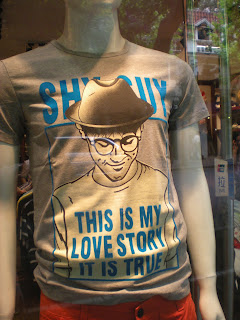 I should also mention the Muammar Gaddafi t-shirts I saw for sale, though these didn’t carry any captions: 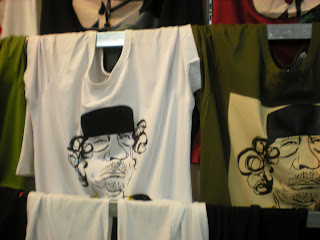 And here are some more phrases that I saw on t-shirts in China.  These I didn’t bother to photograph.

Tea Coffee Or Me (M in a large heart-shape)
(This one was worn by a pregnant woman and seemed to answer the very question it asked.)

The following was also worn by a pregnant woman and could be interpreted as a plea for more information about the baby’s father:

Maybe it was Karl who wore the following t-shirt, which would explain why he’s gone underground:

Imagine Someone
That Never Stops
Talking

These next four could have formed a conversational set:

All the
Wild Times
Gone

And, the most baffling of all:

Well, if English is going to be the world’s language, I guess we’ll have to get used to the world putting it to its own uses.  Bricolage, anyone?


Turkey is a charming country.  I can forward this message, gentle readers, with confidence after having spent a pleasant week in this interesting country with Brother Li Wei.

For those planning to travel to Turkey in the future, I thought some helpful hints about Turkish culture would be in order, so, here they are.

“Inshallah” (which is borrowed from Arabic) means, “May God allow it,” and is used to hedge one’s bets on predicting the future.  You might, for instance, say, “By taking this special, secret shortcut, we should easily make it to Izmir in a couple of hours, Inshallah.”

By the same token, “Alhamdulillah” means “Thank God,” or “Thank goodness.”  Turks seem to often use it the way American college students use “Awesome!” that is, as a general expression of approval or delight.

On this trip, Brother Wei and I cleverly decided to save some money by renting a car when we landed in Istanbul, and driving to Izmir (where we were to attend a conference), rather than paying for bus or train tickets.

A bit more advice: If you look at a map of Turkey, you may calculate that Izmir, for example, seems to be about a four-hour drive from Istanbul.  But, for increased accuracy, it would be a good idea to double that figure to eight hours.  An even better idea would be to triple it to 12 hours, given the “crawling slowly behind truck caravans on winding mountain roads” factor.

On the many winding, two-lane mountain roads that lie between Istanbul and Izmir, one can discover interesting facts about the driving customs of Turkish motorists.  You might, for example, think that passing would be almost impossible on these roads, but you would only think this if you were not Turkish.  It seems that passing a slow-moving truck on a blind curve is permissible on Tuesdays, Thursdays, Saturdays and other times when one feels like it.  Furthermore, on straight-ahead highways, you can pass any vehicle anytime, even if another car is racing toward you in the opposite lane if you calculate that he has room to move over onto the shoulder to avoid a headlong crash.  I noticed that most drivers were willing to make this move when faced with oncoming vehicles in their lane.

In city driving the most important rule to remember is that when waiting at a traffic light, you have .02 seconds to get moving once the light turns green before receiving a series of friendly honks from the cars behind you.  It is surprising, I might add, how quickly one comes to hear a series of friendly honks as nothing more than a kind of atmospheric background noise.

Upon arriving at Izmir in the dark of night, we were confronted with the realization that we knew neither the location of our hotel nor, for that matter of ourselves.  Here’s a tip.  If you find a friendly cab driver (and they all seem to be pretty friendly), he will lead you and your vehicle to your destination if you artfully draw him a picture like this… 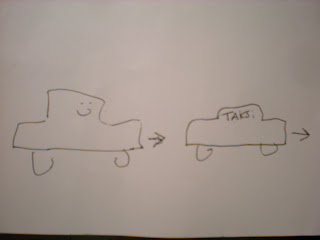 Anyway, it worked for us. 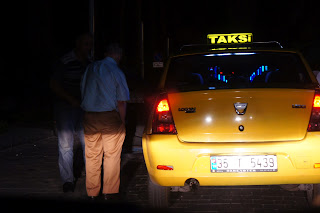 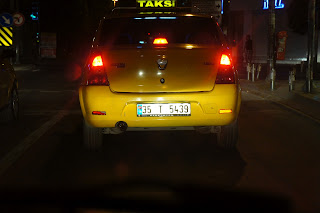 The heart of Izmir is a lovely seaside area wherein an endless series of ice cream shops and restaurants are ready to offer their services to all citizens of the world who want only to hang out and enjoy life.  One of these services is a hookah packed with some sort of aromatic substance. 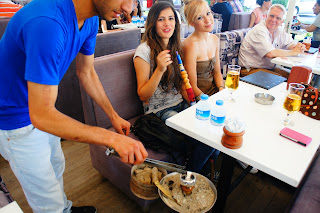 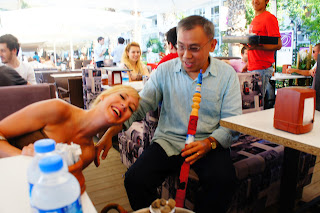 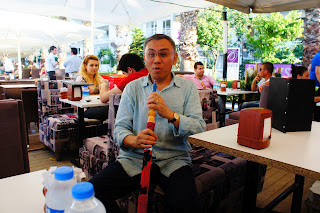 After taking care of business in Izmir, we headed back to Istanbul, stopping off on the way to check out Troy. 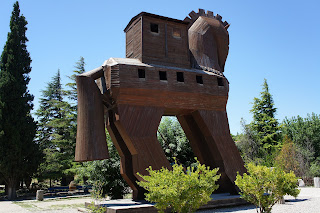 In Istanbul we saw the marvelous sights for which that city is famous: the Hagia Sophia, the Blue Mosque, and the Topkapi Palace.  We also looked around in the Beyoglu neighborhood where the Turks actually outnumber the tourists and where the shopping is good. 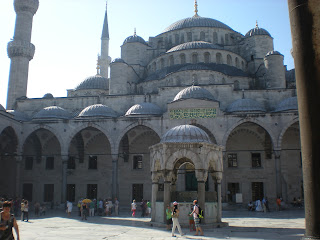 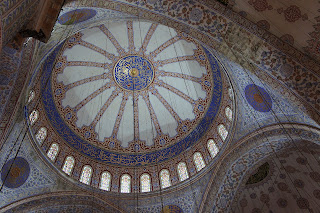 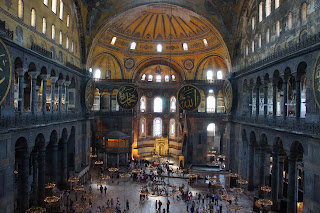 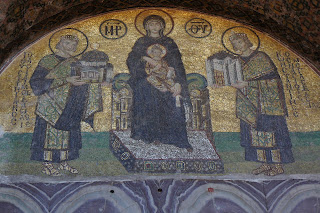 
We noticed lots of interesting cinema houses here and also a good deal of graffiti and poster art, some of which seemed to indicate that America’s government and its corporations are not as well regarded in Turkey as we, individual Americans are.  Some of the same Istanbulians who couldn’t do enough for us as guests of their nation, seemed absolutely unimpressed with our government’s ability to invade the occasional Middle Eastern country and blow people up now and then with what Bill Maher calls our “flying killer robots,” i.e., our drones.  At least that is the impression we got when we attempted to interpret images like these… 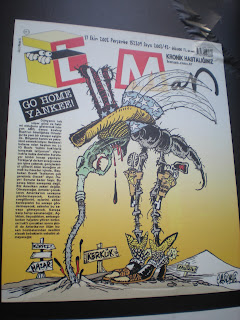 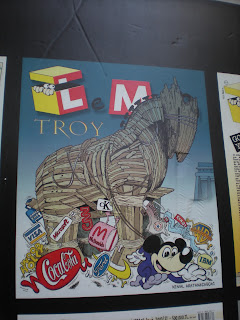 The language barrier was occasionally troublesome for us because, as one of our hosts told us, “The problem is that most of us don’t speak English and neither of you speaks Turkish.”  Indeed.

But all in all, the good-natured generosity and helpfulness of the Turkish people made for a very worthwhile and memorable trip.  In fact, I would have to say that I have rarely been so dependent on the kindness of strangers as we were during out Turkey trip, for one thing that country has in abundance is kind and helpful strangers. Al Hamdilullah.