Forty years ago today Richard Milhouse Nixon resigned in disgrace from the presidency. This unprecedented crashing-and-burning was the climax of “Watergate,” the scandal triggered by a group of Nixon men who were caught breaking into the headquarters of the Democratic National Committee in the Watergate Hotel. From this incident comes the “-gate” suffix which has been widely used as a marker for subsequent scandals, but which has also been adopted by sensationalizing journalists who hope that its use will make some routine mishap or mistake seem like a major scandal.

The Republicans caught red-handed in the Watergate were trying to bug the Democrats' headquarters - this is what motivated their break-in in the first place. They were part of the Nixon campaign organization, formally known as “the Committee to Re-elect the President” but generally referred to as CREEP.

The team planting the bugs included a couple of mugs who were already experienced at breaking and entering. Several months before Watergate, in the summer of 1971, Gordon Liddy, Howard Hunt and Egil Krogh, all of whom eventually served time for their Watergate crimes, planned a break-in at the offices of psychiatrist, Lewis Fielding of Beverly Hills, California. Daniel Ellsberg, the man who had leaked the Pentagon Papers was a patient of Dr. Fielding at the time, and the Nixon men were hoping to steal Ellsberg's private file, publicize it, and in so doing promote the idea that he was crazy. This was how they planned to blunt the effects of the Pentagon Papers.

The break-in at the psychiatrist’s office was a spectacular failure and even had a kind of Three Stooges quality to it. The men doing the caper, Bernard Barker and Eugenio Martinez, damaged the doctor’s file cabinet and left various files on the office floor, including that of Daniel Ellsberg. But they seem not to have noticed it and came out with nothing for their efforts. When the psychiatrist arrived in his office the next morning and saw the mess, he was baffled by it since he had no idea of just how morally debased the Nixon White House had become or how anxious Nixon was to destroy Ellsberg’s reputation.

It was a mere nine months later, on June 17, 1972, that Larry and Moe, I mean, Bernard Barker and Eugenio Martinez, along with three other screwballs, got nabbed in the Watergate. As the scandal unfolded, one Nixon man after another fell before the increasingly disgusted public and the prosecutorial members of Congress who headed the investigation. By the way, it was while working as a member of the Watergate impeachment inquiry staff of the House of Representatives that young Hillary Rodham (later to be Clinton) first cut her political teeth.

John W. Dean, who has just come out with another Watergate book, The Nixon Defense: What He Knew and When He Knew It, was a key player from the start. He had been White House Counsel, but, when he began to balk at the cover-up, Nixon fired him and he wound up serving as a witness for the prosecution. He was famous for warning Nixon early on that the Watergate scandal was “a cancer growing on the presidency.” He was also famous for his hot wife, Maureen, aka Mo, who sat beside him during his Congressional testimony. 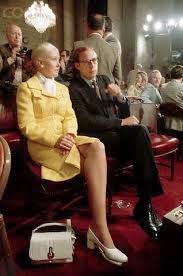 Maureen and John Dean at the Watergate Hearings

Dean’s recent book shows that Nixon and his insiders spent at least a few moments speculating on the couple’s love life. The Watergate tapes reveal Nixon aide, H. R. Haldeman, musing about Dean’s level-headedness as the scandal was unfolding and saying to the president, “I think he takes out his frustration in just pure, raw, animal, unadulterated sex. I guess he just solves all of his hang-ups that way. And then he can nail all the rest of this with real finesse.”

So Nixon responded, “Is that right? Is he quite a…? (inaudible).

Another key White House figure of this era was Vice President Spiro Agnew. Agnew was not involved in the Watergate scandal, but he faced a bribery scandal of his own, dating back to his days as governor of Maryland. This forced him to resign from the vice presidency just as the Watergate affair was driving other Nixon people out of office and herding them into prison. So, not only was Richard Nixon the only president to be kicked out of office for criminal behavior, the man he chose to be his running mate became the only vice president in American history to be drummed out of his office for criminal behavior.

Before this resignation, Nixon had relied on Agnew to make news by pouring contempt on liberals, using such memorably insulting phrases as “nattering nabobs of negativism.” Agnew did not come up with these phrases himself, since he wasn’t talented that way. He relied on White House speech writers. 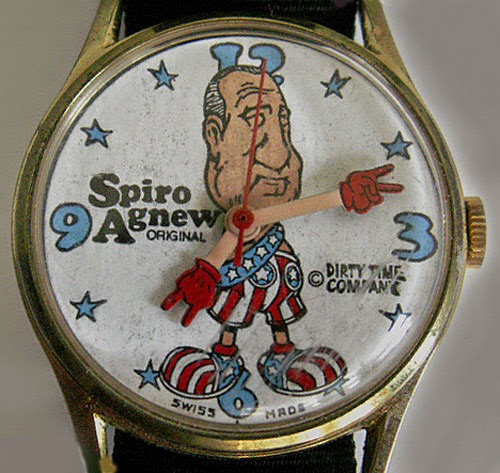 This classic Spiro T. Agnew Watch can only increase in value with time.

When Nixon resigned, following the departure of some forty members of his team, many of whom were ultimately convicted as felons, it was widely assumed that he would spend time behind bars himself. He did not, though, since his successor, Gerald Ford, granted him a complete pardon.

Because Watergate happened so long ago, those too young to have lived through it might not be aware of just how big a deal it was. Also, given the partisan hostility that dominates current politics, it’s worth remembering that the impending impeachment of Nixon was to have been a bipartisan affair. Some of the president’s harshest critics were Republicans, including, for example, Senator Howard Baker who came up with the indicting question, “What did the president know, and when did he know it?”

It’s also worth remembering that it was the tireless efforts of two Washington Post reporters, Republican Bob Woodward and Democrat Carl Bernstein, that brought the details of the scandal to light. Without these journalists, Nixon would almost certainly have gotten away with everything.

The story of the Watergate scandal is well told in the 1976 film All the President’s Men, starring Robert Redford and Dustin Hoffman. The film focuses on the actions of Woodward and Bernstein as they pursue the story to its very roots. Helping them, both in the film and in real life, was “Deep Throat.” Deep Throat was a secretive figure until his identity was revealed in 2005. It turned out to have been FBI agent Mark Felt who would meet Woodward in a parking garage and feed him useful tips. Agent Felt died in 2008, just three years after he agreed to have his identity revealed. 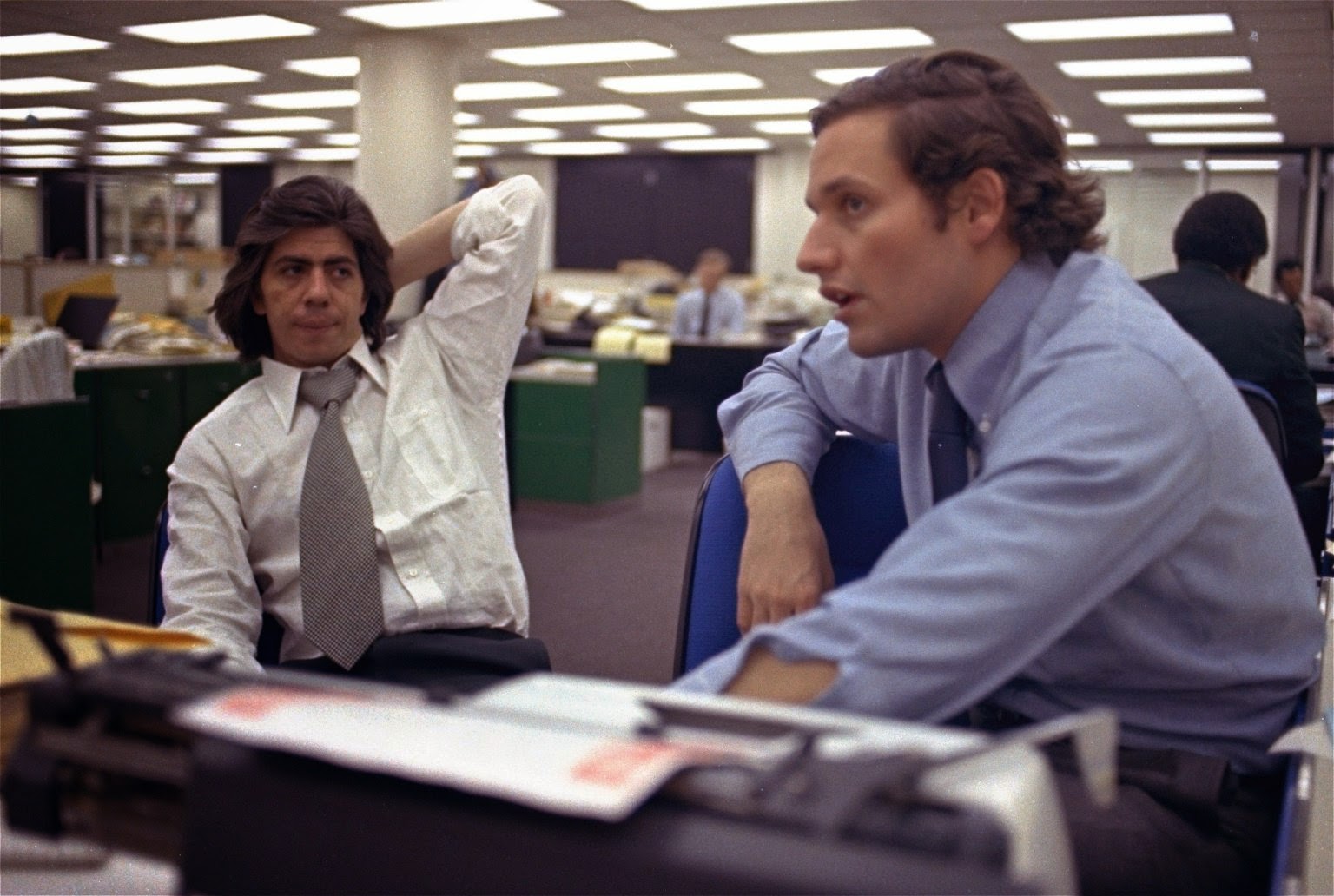 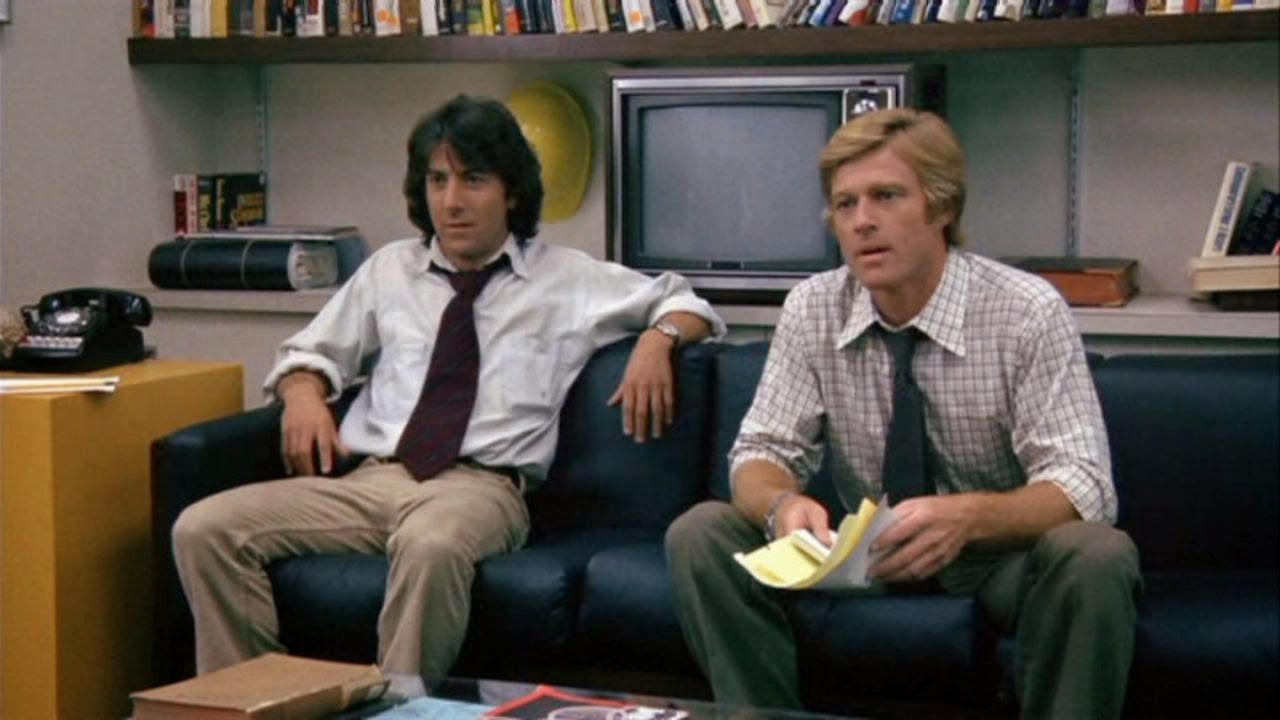 Speaking of movies, let me recommend Dick, a 1999 spoof based on the Watergate scandal. The premise is that two teenagers, Betsy and Arlene, played by Kirsten Dunst and Michelle Williams, find out about the Watergate break-in and are brought into the Nixon White House as part of the president’s plan to keep them from revealing his dirty secrets. The girls are naïve to an extreme, but they manage to change history by feeding important information to Woodward and Bernstein, and by convincing John Dean to bail out of the president's cover-up scheme. One of them, Arlene, at first nurtures a huge crush on Nixon. However, after witnessing his mistreatment of his dog Checkers and other unseemly acts, the girls become disillusioned, concluding that Nixon is “prejudiced” and has “a potty mouth.”

Both of these, as Nixon’s White House tapes reveal, are astute observations. 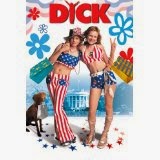