Compassion is for Wimps: Paul Ryan and Ayn Rand

I don’t blame Mitt Romney for picking Paul Ryan as his running mate.  If I were in his place, I would do the same thing.  That is, if I were a 65-year-old, doofusy, out-of-touch Republican with a losing presidential campaign, I would definitely want to bring the fiery Paul Ryan on board.

Ryan is not an out-and-out doofus.  His manner does not say, “I’m a socially inept yet hyper-ambitious stuffed shirt.”  No, Ryan’s manner is more along the lines of the mad scientist, the guy who buries himself in a basement lab while cooking up some fiendish formula.  In Ryan’s case, it wasn’t a dank, cobwebby lab but the intricacies of the tax code in which he immersed himself.  Then, finally, when his formulation was complete, he came busting out, eyes aglow, shouting, “Eureka! I’ve discovered how to balance the budget!  All we have to do is slash Medicare and a bunch of other programs that serve poor and middle class people!  Am I a genius or what?” 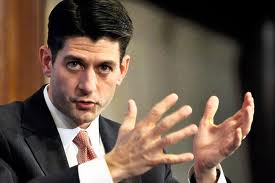 I only want to cut Medicare this much.


Ryan’s budget would have been considered nuts even by Republicans, twenty years ago.  But today, giving tax breaks to millionaires and asking the rest of us to pay for them has become standard GOP doctrine.

I think It’s worth remembering where Ryan gets his interesting ideas.  Let’s let the fiery-eyed congressman speak for himself:

“The reason I got involved in public service, by and large, if I had to credit one thinker, one person, it would be Ayn Rand.”

Now, as James Rainey points out in today’s L.A.Times, Ryan has since claimed to have backed away from the Randian philosophy.  But this he apparently did because the Catholic Church, his church, chastised him for promoting the philosophy of an atheist.  In fact Ryan seems only to have backed away from Ayn Rand’s atheism, not her belief that society’s “takers” are parasites on the “makers” – the makers being the geniuses who are responsible for all the good things that happen.  No doubt Ryan places himself among those “genius” makers.

Who is John Galt?*  More to the point, who is Ayn Rand?  Her most famous novel is Atlas Shrugged, a work that is not regarded by scholars as serious literature, but it is still widely read.  No doubt its popularity stems from its offering readers the opportunity to identify with society’s “geniuses.” Its basic premise is that Americans are a bunch of moronic “takers” who will essentially shrivel up and die if the great genius leaders, like Ayn Rand (and, I suppose, Paul Ryan) withdraw from society taking their brainy brilliance with them.

But, you may ask, is Atlas Shrugged really such a load of cockamamie horseshit?  Yes it is.  It is also the book that Congressman Ryan once gave to his staff members as Christmas (!) presents.

Just how serious was Ayn Rand about holding non-genius Americans in contempt?  Well, here, from Jennifer Burns’ recent biography, is one illustration of Rand’s self-regard:

“When the tabloids filled with the sensational case of William Hickman, a teen murderer who mutilated his victim and boasted maniacally of his deed when caught, Rand was sympathetic rather than horrified.  To her, Hickman embodied the strong individual breaking free from the ordinary run of humanity.  She imagined Hickman to be like herself, a sensitive individual ruined by misunderstanding and neglect…”

You see, Hickman’s victims were “takers” while Hickman himself was a sensitive individualist who, like Ayn Rand, thought compassion was for weaklings. 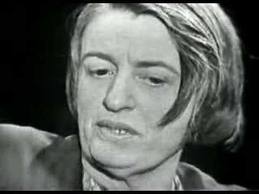 Ayn Rand - I am one sensitive genius!

Now, I’m guessing that Congressman Ryan, despite his devotion to Ayn Rand’s philosophy, would disagree with her about the serial killer Hickman.  But I suspect that he shares her contempt for compassion.  This would explain why he believes that some Americans deserve to be financially ruined by medical emergencies and poor children deserve to go hungry.  These beliefs, after all, are ensconced in his budget proposal.

Ayn Rand may not have believed in the immortal soul, but she surely would have been pleased to know that her spirit lives on in our newest vice presidential prospect.

*You’ll have to read Rand’s crappy novel to find out.  I confess I couldn’t get through it, though I’ve read some of her other work.