Loafers of the World, Unite!

Is this “working for a living” thing really necessary?  I’m prompted to ask this because now, at semester's end, I have to face a huge stack of papers-to-be-graded.  Bummer.

Actually, it turns out that we are putting in too much time on the job.  As any expert on the Paleolithic Era will tell you, people are "designed" (in Darwinian terms) to do economically productive work for only about 20 hours a week.  The rest of our time should, in true Stone Age fashion, be dedicated to socializing, singing, dancing, loafing around and doing whatever the hell we want.  Which, no doubt, is why we generally feel both overworked, and unable to spend as much time as we would like just hanging with our buddies.

Pertinent to all this, my friend Jonathan W. recently sent me an article on “bullshit jobs” written by anthropologist David Graeber.  Graeber’s piece begins thus:

“In the year 1930, John Maynard Keynes predicted that, by century’s end, technology would have advanced sufficiently that countries like Great Britain or the United States would have achieved a 15-hour work week. There’s every reason to believe he was right. In technological terms, we are quite capable of this. And yet it didn’t happen.” 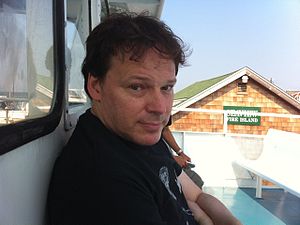 From here, Graeber goes on to say that we (that is, all of us) don’t really have to work forty hours a week to maintain a comfortable standard of living, but, since our economy is controlled by a super-rich elite, most of us are harnessed into pointless bullshit jobs designed to facilitate the further enrichment of that elite.  Our energies are consumed in this “work” while our spirits are intimidated by the prospect of unemployment.  Thus are we neutralized by and for the sake of the one percent.

Neither Graeber nor I feel that teaching is a bullshit job (not even the teaching of anthropology).  Nor is bus driving, nor welding, etc.  These jobs involve making things that people need or providing them with worthwhile services.

But corporate law?  Now there’s some bullshit.  It seems to me that the job of corporate lawyers is to facilitate the exploitation of

1.  the very customers whose dollars ultimately pay the lawyers’ salaries and


2. the workers who make the products that justify the corporation’s existence.

In Graeber’s words, “[W]hat does it say about our society that it seems to generate an extremely limited demand for talented poet-musicians, but an apparently infinite demand for specialists in corporate law?”

I’d venture to guess that the only way out of the bullshit-bloated economy that engulfs us is to educate people about the power structure that sustains it.  This belief makes educators like me troublemakers, or it would make us such if we had any influence to speak of.  The real troublemakers are those, like Senator Elizabeth Warren, who not only see through the bullshit, but have a significant power base. 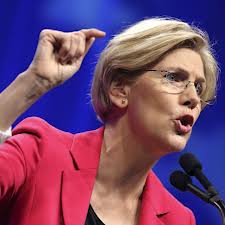 And how can we get more people like Elizabeth Warren into positions of power?  The first step would be to get private money out of Congressional and Presidential elections.  Let these elections be paid for with public money, and let ExxonMobil, WalMart, the Koch brothers, etc., spend their excess wealth on charity instead of the purchase of political influence.

The root of the problem is that, as of now, finance capital both controls the bullshit economy and virtually owns the government.  Right-wing “populists” claim that government IS the problem, but the real problem is that government can’t properly serve us until it gains some independence from private capital.  Misguided populists want to “shrink” the government, but shrinking the government just makes it that much easier for the moneyed interests to dupe and drain us without restraint.  What we really need is for a powerful government - genuinely responsive to the voters - to kick some corporate butt.  And I'm afraid that won’t happen as long as Conglomocorp owns Congress and Joe Sixpack imagines that Elizabeth Warren is his enemy.

Now, get back to work.

Psychologist Solomon Asch, in a famous 1958 experiment, revealed that people often give wrong answers to simple questions if they first see others around them giving the wrong answer.  Which is to say that people are often dumb, or at least they act dumb, because they desperately want to conform to their group.  Or, as Professor Asch put it, “The tendency to conformity in our society is so strong that reasonably intelligent and well-meaning young people are willing to call white black.”

In other words, stupidity loves company.

Here’s my updated version of the Asch experiment. Answer a, b, or c.

a.       Morally wrong.  A grossly unjust and thoroughly despicable institution.

c.       A fine southern tradition ordained by God and supported by the law of the land.

I’ve been reading a biography of Ulysses S. Grant lately (who himself briefly owned, then emancipated, a slave), and I have been struck, once again, by the ferocity with which antebellum southerners clung to answer “c” above.

Were white southerners a bunch of idiots in those days?  Well, yes.  However, they were idiots not because their brains malfunctioned, but because they lived surrounded by neighbors and institutions that compelled belief in a grossly unjust and inhumane institution.  Only the violence of defeat in war shook them halfway toward their right minds.  Today, most southern whites would not condone out-and-out slavery.

Along these same lines, I saw Ben Stein being interviewed on CNN last week about Richard Nixon’s legacy and was again struck by how easily social influence can compel humans to delude themselves.  Mr. Stein (who was once a Nixon speechwriter) claimed that Richard Nixon was an outstanding president and one of the world’s great peacemakers, worthy of high praise and great acclaim. The CNN interviewer, to her credit, did not stare at Stein open-mouthed and shout, “Are you out of your goddam mind?!!!”

I’m not sure I could have been as calm as she was on hearing such high praise for Nixon, the man who, in 1954, advocated dropping atomic bombs on the Vietnamese in order to crush them as they fought to gain their independence from the French.  This same Richard Nixon also prolonged the American war with Vietnam in order to avoid being known to history as the president who lost a war and to ensure his 1972 re-election by showing that he was “tough.”  Mr. Stein, please take your place in history right there next to Mr. Jefferson Davis.

And then there is this: last week, Fox News interviewer Lauren Green relentlessly grilled Professor Reza Aslan, scholar of religion, on the question of why he, a Muslim (gasp!), would want to write about Jesus. This has been called one of the most embarrassing Fox News interviews ever, but I disagree.  It seems to me that Fox News specializes in asking stupid questions and in purveying idiotic and prejudicial misinformation.

It is, in fact, Fox News that is largely responsible for the inability of so many right-wing extremists to connect with reality.  What Fox does is to generate a pseudo-reality, one that Bill Maher refers to as the conservative Republican bubble.

- there is no human-induced climate change,

- evolution is just a theory and probably a wrong one,

- President Obama caused our recent recession with his stupid socialism,

- gay people love Satan which is why they refuse to do sex right,

- government-sponsored health care is a device for enslaving us,

- guns are not responsible for the deaths of thousands of innocent Americans every year,

- and, the rise of conservatism since 1980 has had no negative effects on the economic well-being of poor and middle class Americans.

Since these statements are all flat-out wrong or, at best, grossly misleading, how can so many right-wingers continue to believe them?  The answer lies partly in the Asch experiment.  Like their slavery-loving predecessors, these (mainly white) Americans gain confidence in their misperceptions by seeing their like-minded neighbors touting them.

But there’s another factor: the influence of Fox News itself.  Fifty years ago America was plagued by people who clung tenaciously to nutty ideas, and among the best known of these were members of the John Birch Society - like Fred Koch, founding Birch Society member and father of Charles and David. 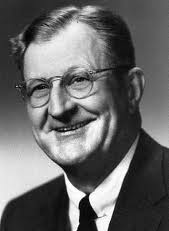 But the Birchers were a marginalized minority, widely viewed by ordinary Americans as quite the wackos.  Sadly, Birch-style looniness lives on today, not on the margins of society, but right smack in our midst.  And who put it here?  More than anyone, I would say Fox News founder, Rupert Murdoch. 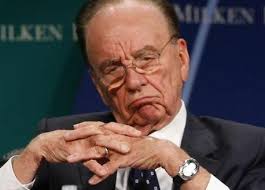 Fox News, by virtue of its being a slickly produced and well-funded media monster, has managed to give right-wing nuttiness a sheen of respectability.  Fox is like a kind of perpetual-motion machine, endlessly pouring out crapulous drivel so that half the nation may be richly engorged day after day with ignorant blather - blather with a sinister point.

Fox News ultimately begat the Tea party and what has the Tea Party begotten?  Sequestration, gridlock, and general political malaise.

Wherein, O Lord, does our salvation lie?  It may be that the heirs of the slavery-lovers will only be marginalized when white people decline in influence.

I am not anti-white.  Some of my best friends are white.  But let’s face facts: it is the people who are militantly white and who see the non-white and non-Christian world as a threat who are most susceptible to Fox News.  My wish is not to see white people suffer, but only to see these awful ideas, ideas that are so deeply entrenched in so much of white America, consigned to oblivion.  Let these loony ideas live on, if they must, but let them cling desperately to life only in the dank, moldy nooks and crannies of the nation, as they did in the good old days, the days before Fox made them seem socially acceptable.