The world is no stranger to depravity. Nazism has only been dead for 70 years and it was a mere 35 years ago that the Khmer Rouge murdered about 25 percent of Cambodia’s people. Now the leaders of Daesh (aka Islamic State, IS, ISIS, and ISIL) are guaranteeing that they will be remembered, long after their extinction, as members of the World’s Gallery of Scoundrels.

I’m settling on the name Daesh here partly to honor our friends in France who suffered so grievously in yesterday’s massacre. About a year ago Laurent Fabius, the French Foreign Minister, said that we would do well not to use the term “Islamic State” since “it blurs the lines between Islam, Muslims and Islamists.” The “Daesh cutthroats,” Mr. Fabius argued, are, in any case, a terrorist group rather than a state.

I don’t intend to quibble over such niceties as what constitutes a state, but I believe knowing something about how Daesh operates is worthwhile. An insightful analysis about its inner workings can be found in a recent article in Der Spiegel that my friend Rachel shared with me. I think that the most important points that this article reveals are (1) that Daesh was established not by religious fanatics, but by an angry Iraqi who had worked, until 2003, as an intelligence officer for Saddam Hussein, and (2) that Daesh has conquered extensive territories by first infiltrating them and then using Gestapo-like techniques to subordinate their populations.

The man behind these very carefully designed techniques was killed in January 2014, but not before he set the apparatus in motion that has led to Daesh’s successes in Syria and Iraq. He went by numerous aliases, including Haji Bakr, and he had been, before the US invasion, a high-ranking intelligence officer in Saddam Hussein’s air defense force. Der Spiegel was able to describe the inner workings of Daesh because the death of Haji Bakr resulted in his detailed plans for conquest and control falling into his enemies’ (and Der Spiegel’s) hands.

These plans revealed that many of the most fanatic fighters in Daesh are foreigners. Of course it’s common knowledge that thousands of young men from around the world have traveled to the Middle East to join Daesh, but Der Spiegel notes that the fanaticism of these foreigners often surpasses that of the Syrian and Iraqi fighters because the foreigners have no emotional investment in any local populations and little contact with the people of Syria and Iraq except through their acts of violence.

Those who have paid attention to Daesh’s expansion are familiar with Abu Bakr al-Baghdadi, an Iraqi who, like Haji Bakr was radicalized by the American invasion of Iraq in 2003. Al-Baghdadi was held at Camp Bucca, a U.S. facility, for four years because of his ties to al Qaeda in Iraq (AQI). When he was released, he became a leader in AQI, but later joined Daesh and eventually assumed the position of Daesh's Caliph, or supreme leader. Der Spiegel leads me to believe that al-Baghdadi is useful to Daesh mainly because his genuine religious fanaticism gives the organization a public image that helps obscure its secular ruthlessness. This ruthlessness owes more to the Saddam Hussein School of Terrorism and Thought Control than it does to anything in Islam.

In fact, the non-Islamic features of Daesh help explain its conflict with al Qaeda. The latter organization is clearly motivated by a fanatic version of Islam, and a number of its leaders have pointed accusing fingers at Daesh, not just for its brutality (which al Qaeda can all but match), but for its lack of authentic religiosity.

Almost everyone in the world, Muslim and non-Muslim alike, agrees that Daesh must be destroyed. Not only France, but Turkey and Lebanon have suffered horribly at its hands. And so, apparently, have the people of Russia who lost 224 compatriots to what appears to be a Daesh-inspired bomb on board an Airbus over the Sinai.

The only question is, how should we go about killing this foul beast? Cooperation between NATO, Russia, Iran and Middle Eastern Arabs (including those Syrians whose behavior has not made it impossible for us to work with them) is essential. A full scale invasion by foreign armies strikes me as a very bad idea for a number of reasons. For one thing, let’s not forget that the leaders of Daesh, both al-Baghdadi and the late Haji Bakr, emerged in response to just such an invasion.  President Obama’s argument that Daesh can first be systematically degraded and then destroyed makes sense. And this process cannot be a strictly American or foreign-driven one, but must involve local people as its most prominent participants in order for it to be successful.

Showing great promise and impressive courage in this regard are the Kurds who both saved Kobani from a Daesh attack, and who now are in the process of retaking the city of Sinjar. Reports from Sinjar indicate that a number of Daesh fighters fled in the face of the attacking Kurds and their Yazidi allies. This is good news in that it means, first, that these fleeing fighters are not inspired by a fanatic sense that martyrdom is a reward to be enthusiastically sought, and, second, it aligns with current reports that Daesh is running short of voluntary manpower and is having to draft locals to fill its ranks.

I believe we are seeing the beginning of the end of Daesh, but the elimination of this blot on humanity is bound to be a bloody affair. In the meantime, how sad it is that good and blameless people, like those who died in Paris yesterday, have to suffer so tragically while this monster still manages to hold on to its loathsome life. 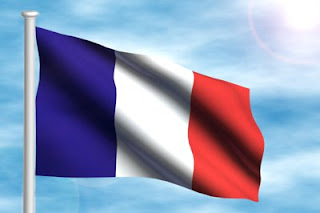